During Ludum Dare 37, our second game jam, Jared and I created Tracer. Read about how it was made and give it a spin. 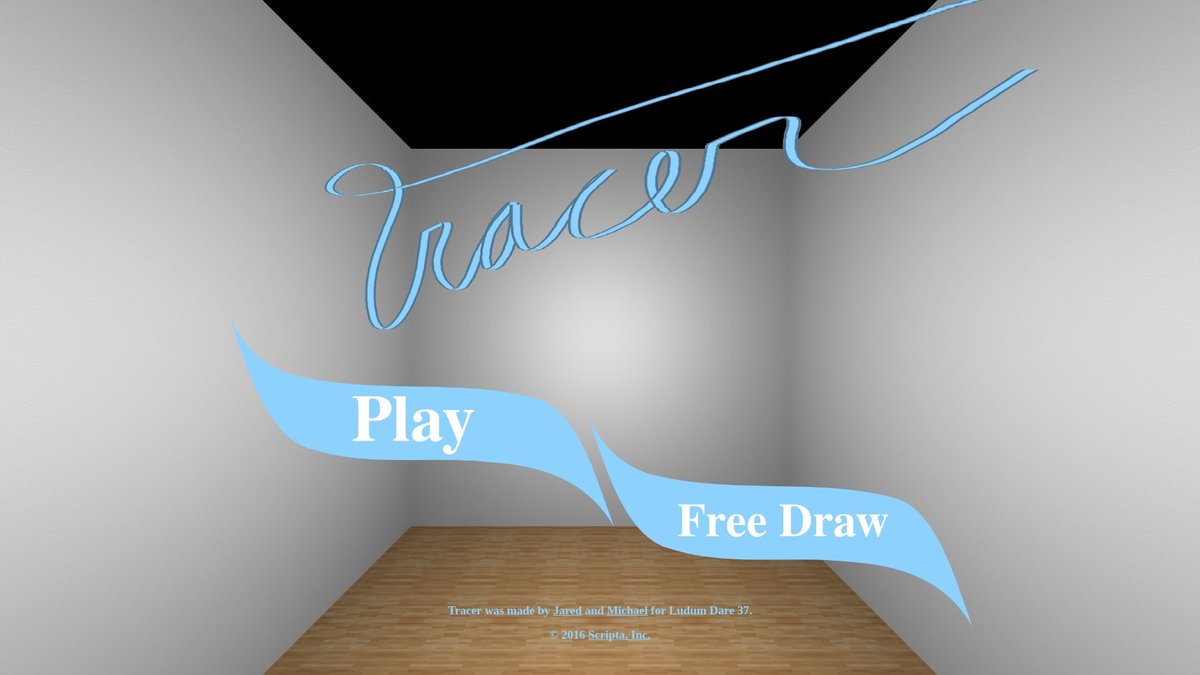 Tracer was our creation for Ludum Dare 37. Ludum Dare is a “game jam”; a friendly competition where developers create a videogame from scratch during a hairbraned weekend.

First, a bit of backstory. In our first game, Zorbio (an ode to spheres), players leave short contrails while flying through space. 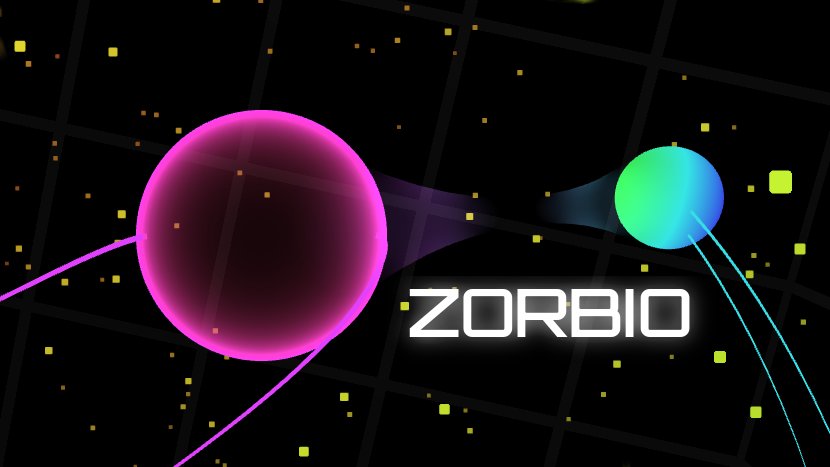 The trails are essentially a weathervane that gives you a visual hint about where other players are headed. Short trails suit that purpose, but we found it irresistable to increase the length of the trails dramatically, just to see what would happen. The result, despite not being a good fit for Zorbio, was awesome. It looks something like this: 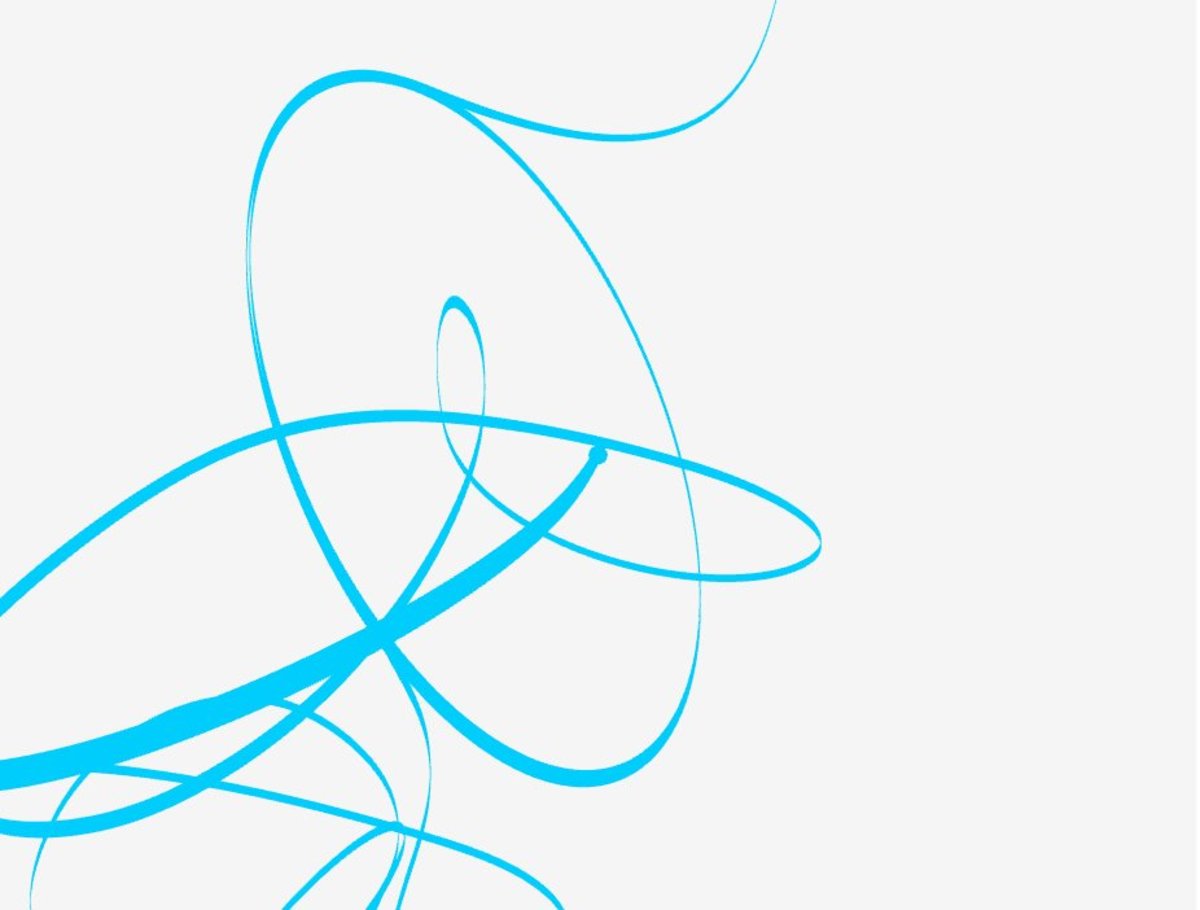 We knew there was game potential lurking somewhere in those long, curvy 3D trails. A 3D multiplayer lightcycle game perhaps? Our Ludum Dare 35 game, Square Off (our ode to squares), had been multiplayer, so we knew how much complexity networking adds to an already tight timeline.

Then Jared had a brilliant idea: 3D connect the dots. 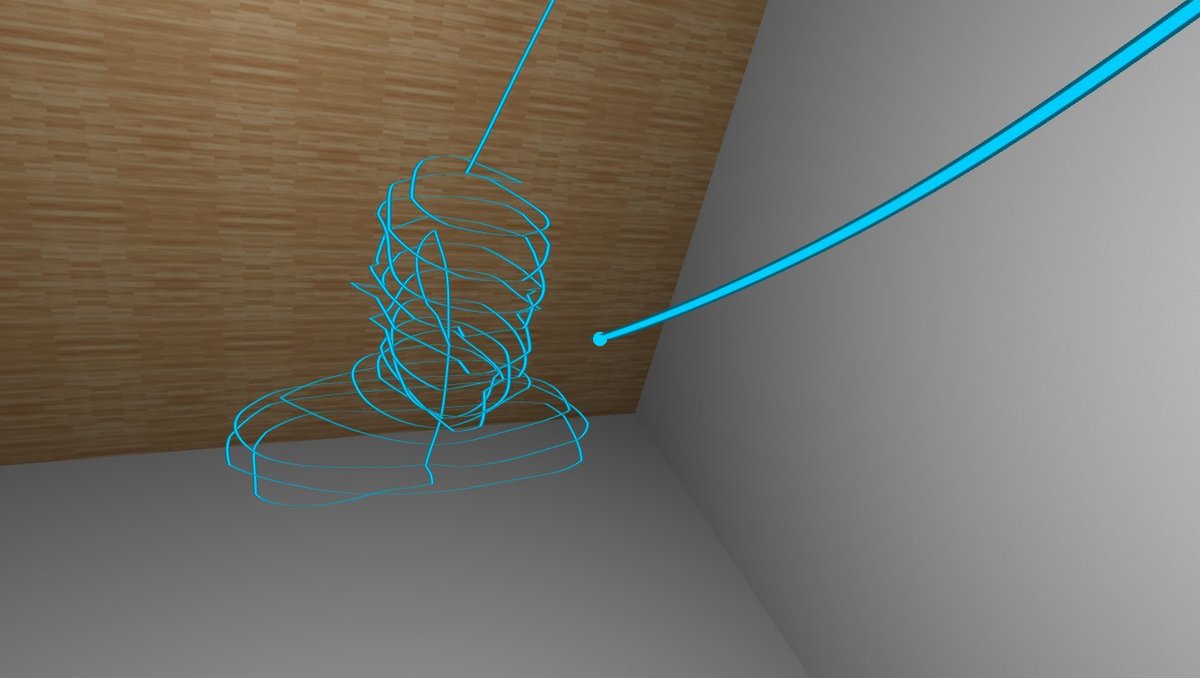 72 hours later, we had a game, which you may now play.

You can also view source, if you’re into that kind of thing.

Our thanks to YOU, and also: mr.doob, Cassondra, Jessica, Rowen, Elliott.

Special thanks to Jaume Elias (@thespite)), an extraordinary real-time graphics programmer. Two of his projects were essential for creating Tracer, THREE.MeshLine, and an algorithm for spiraling through a 3D mesh looking for points. Jaume is always an inspiration. Check out his work at clicktorelease.com.

Lastly, here’s a batch of some mid-development screenshots showing Tracer during its awkward adolescent phase. 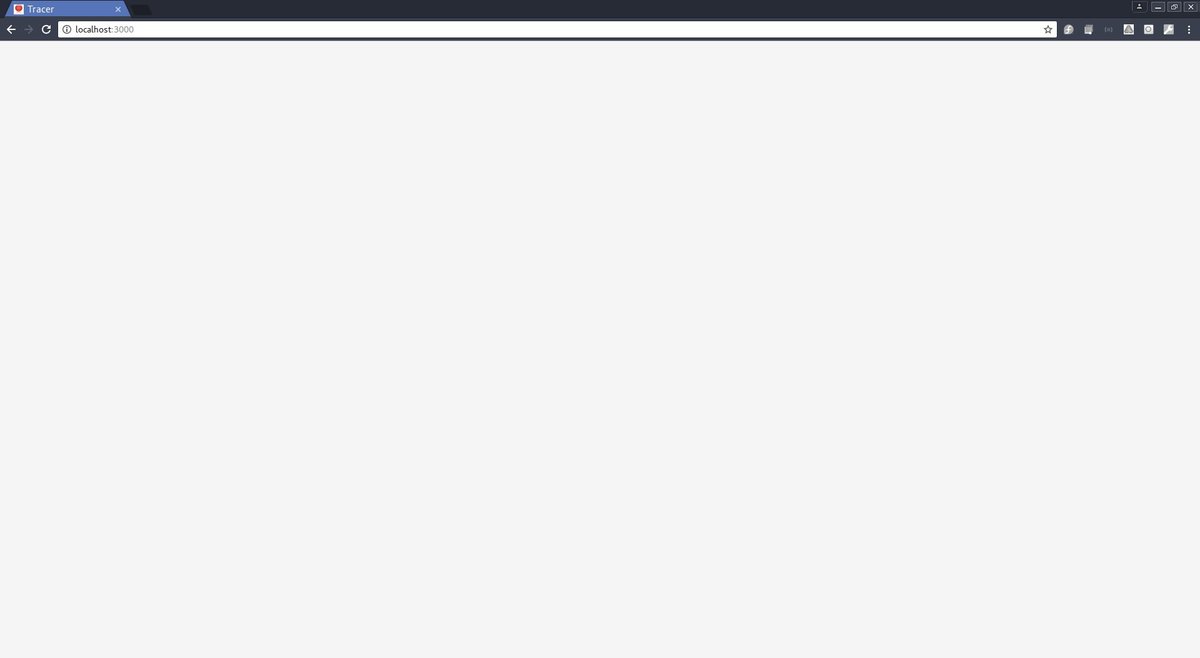 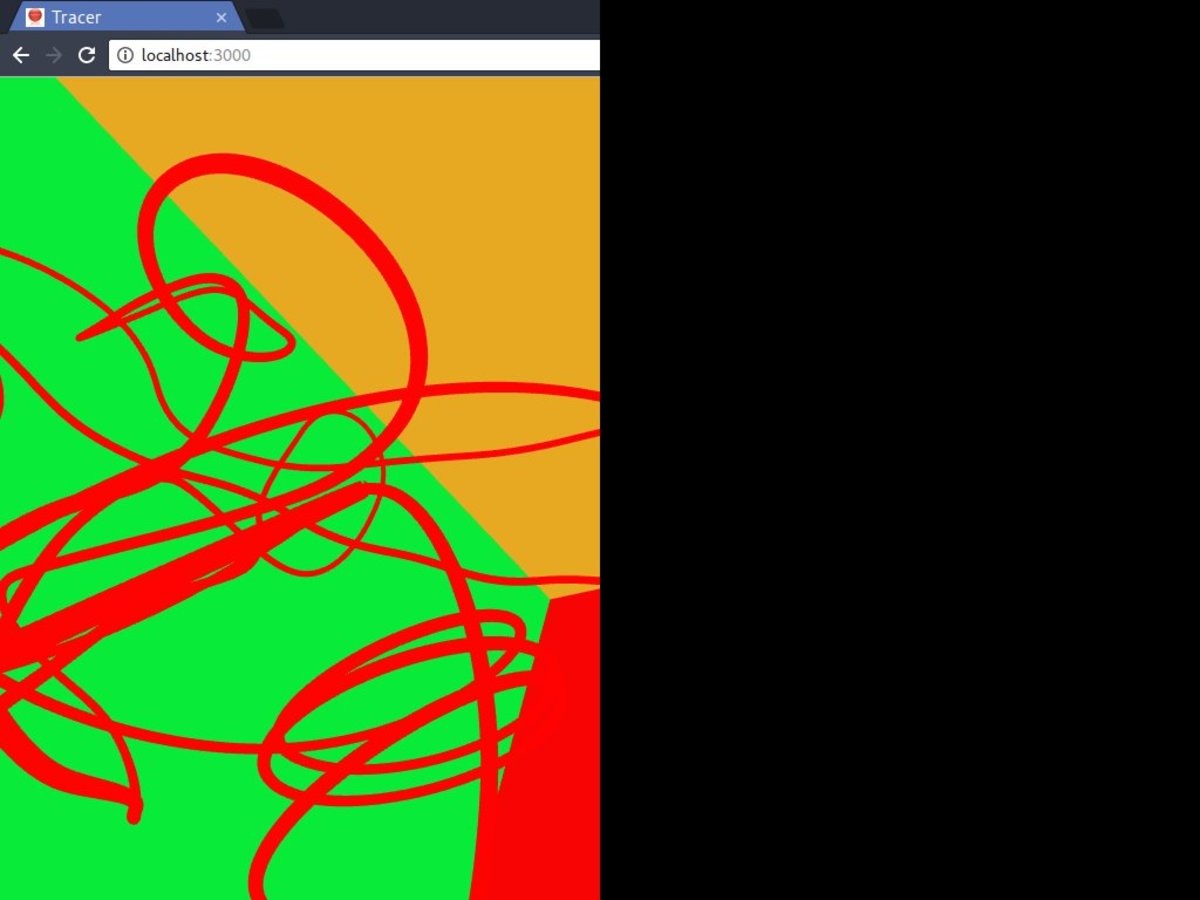 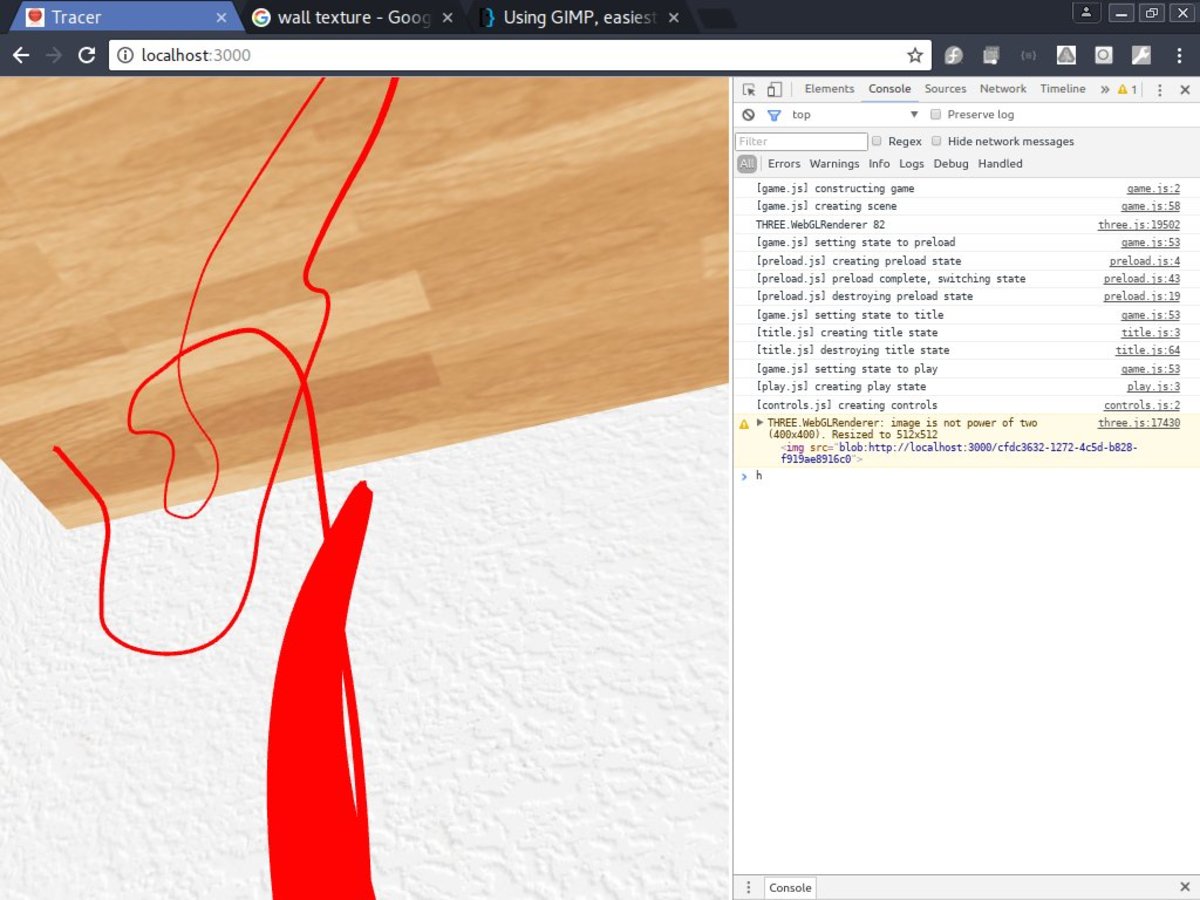 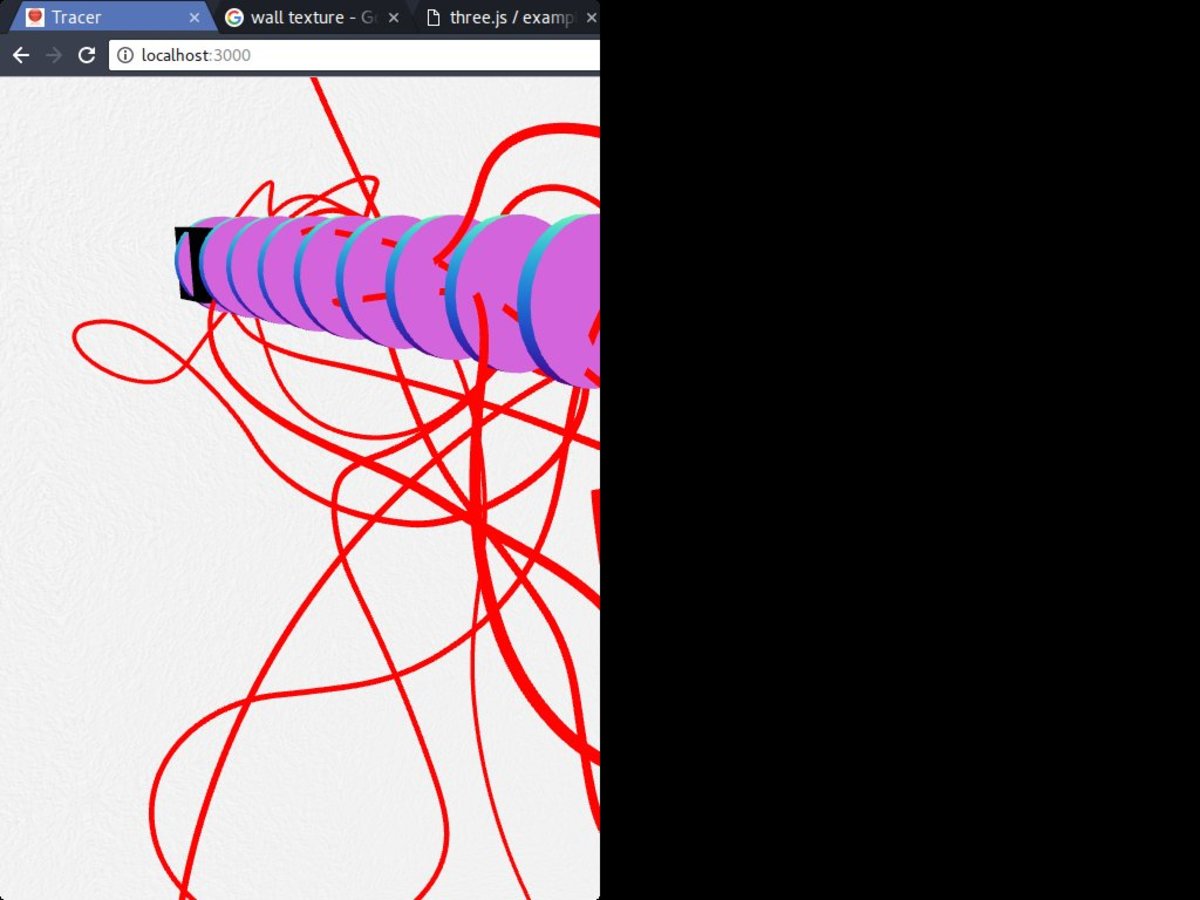 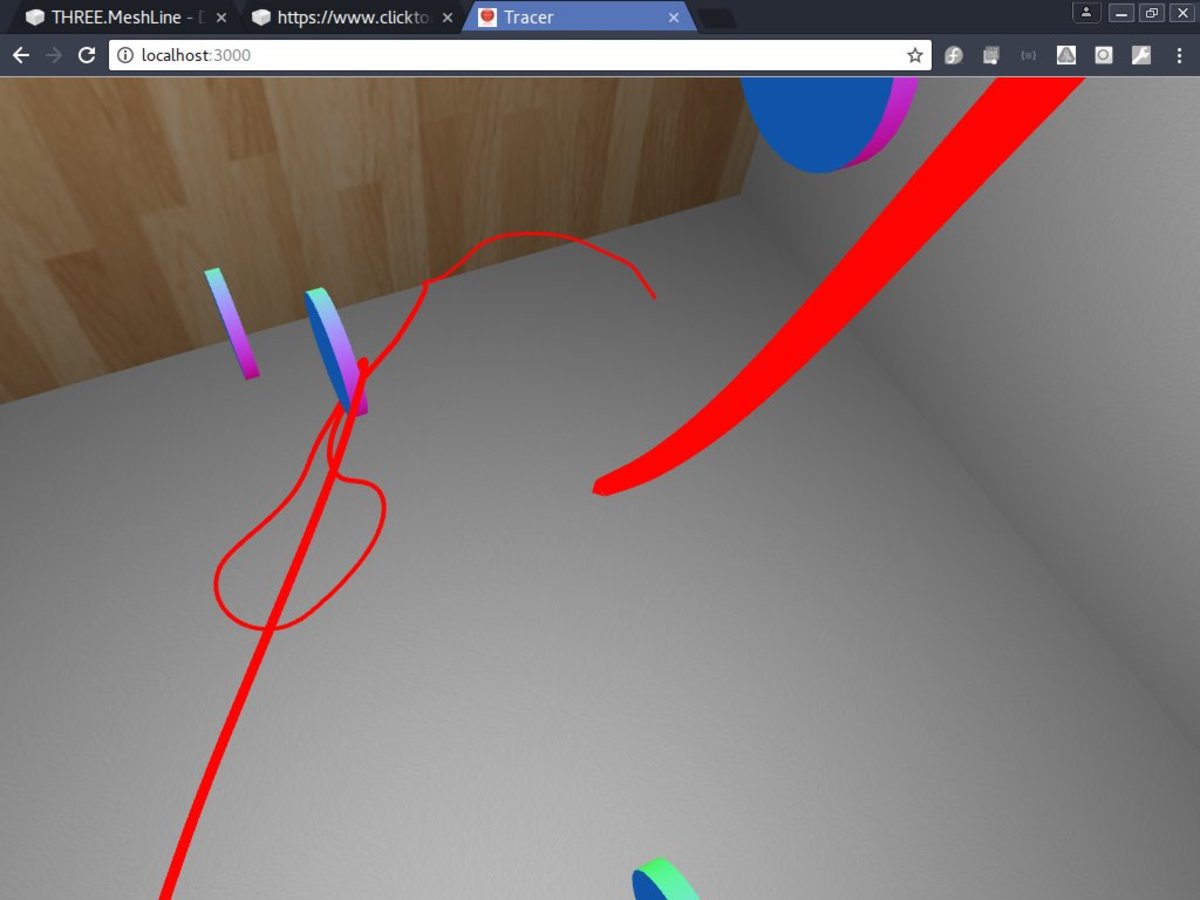 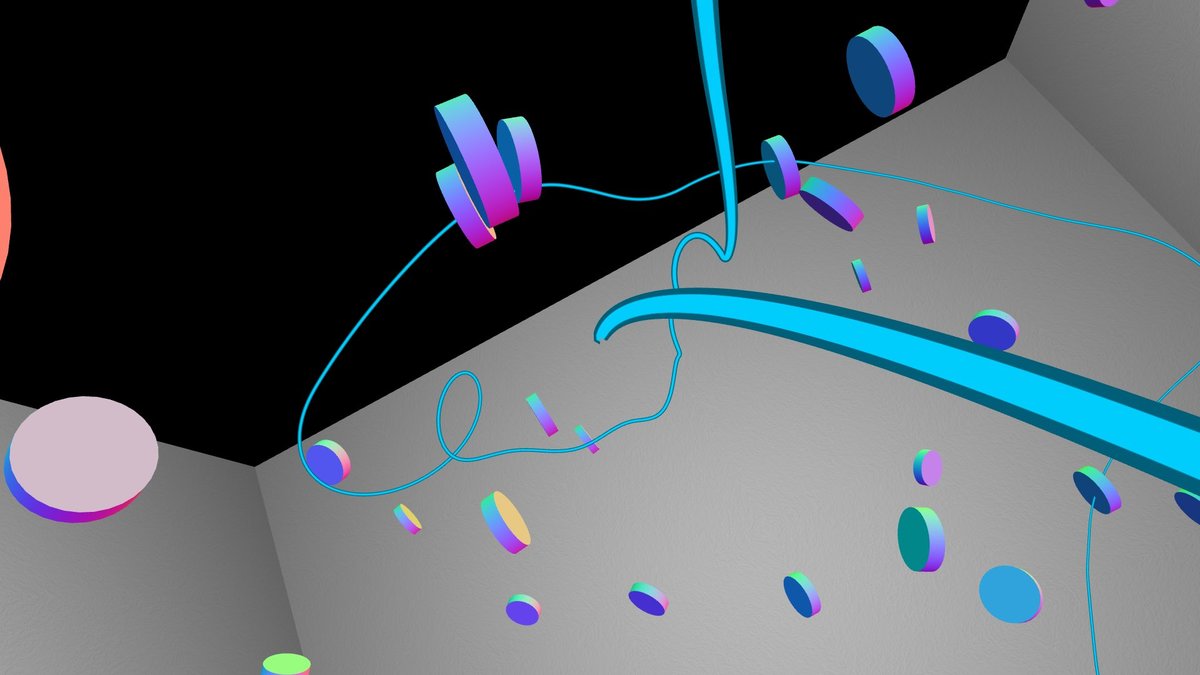 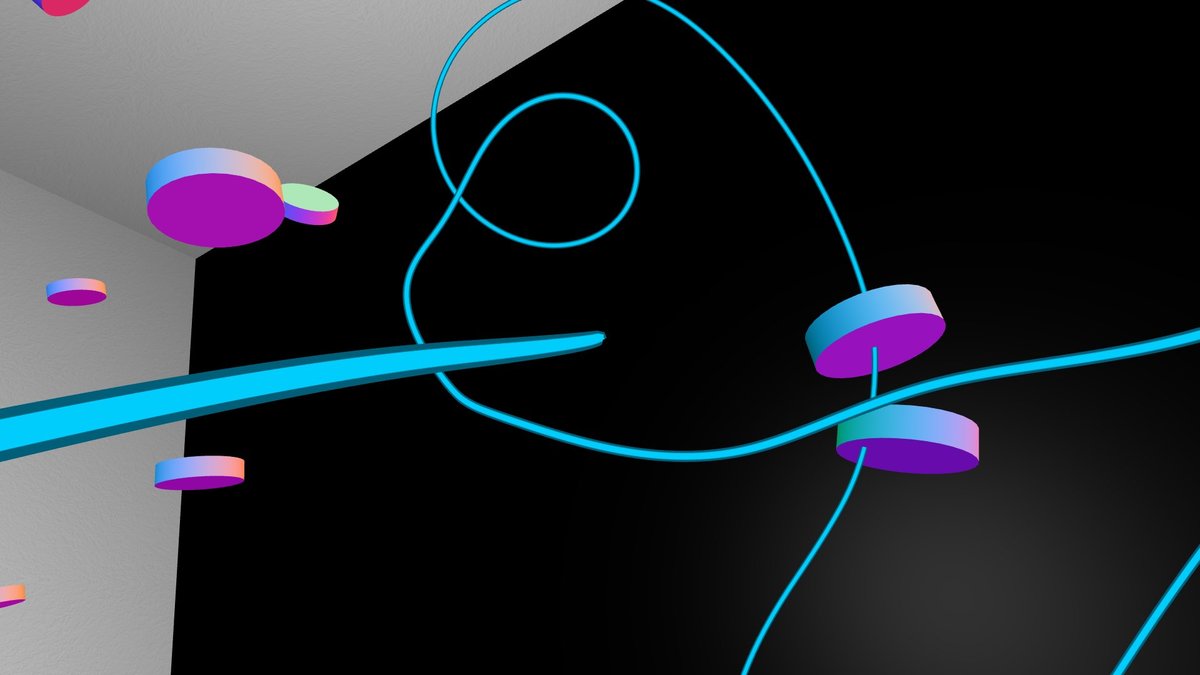 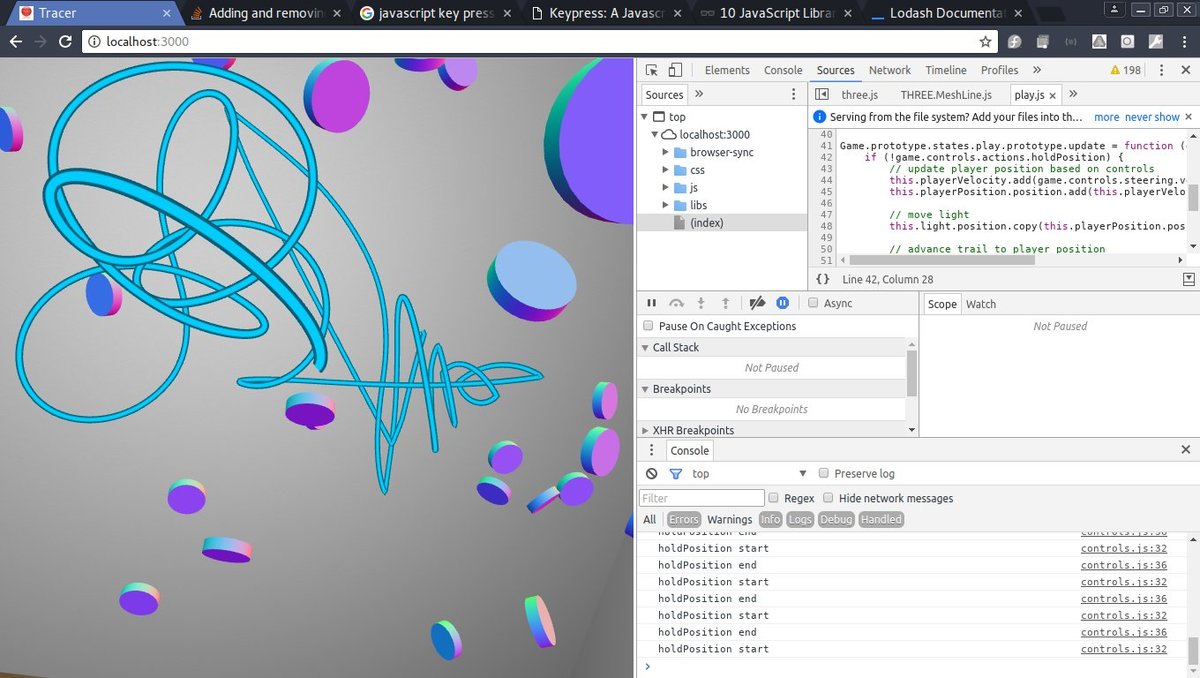 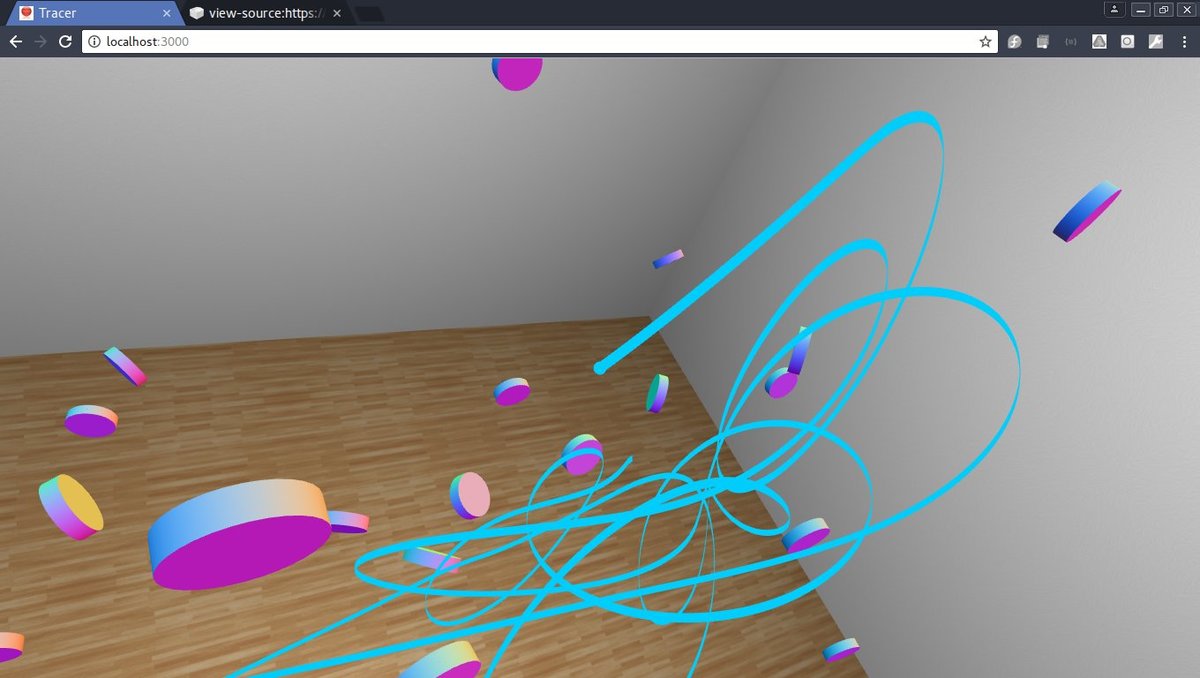 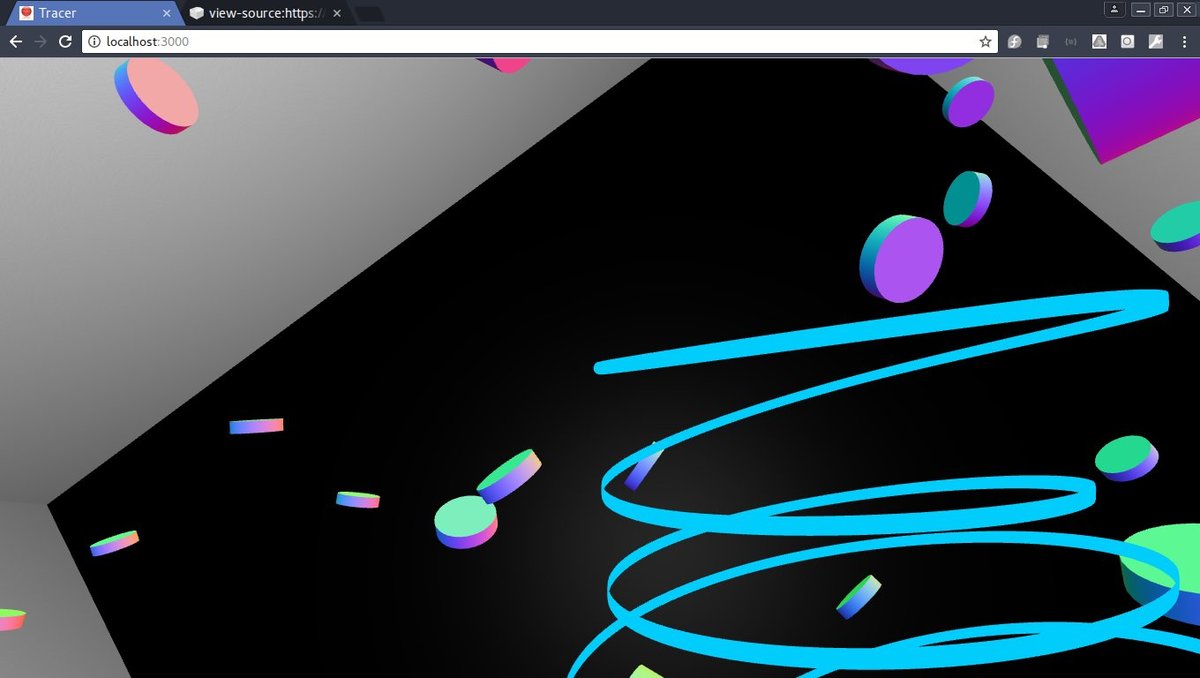 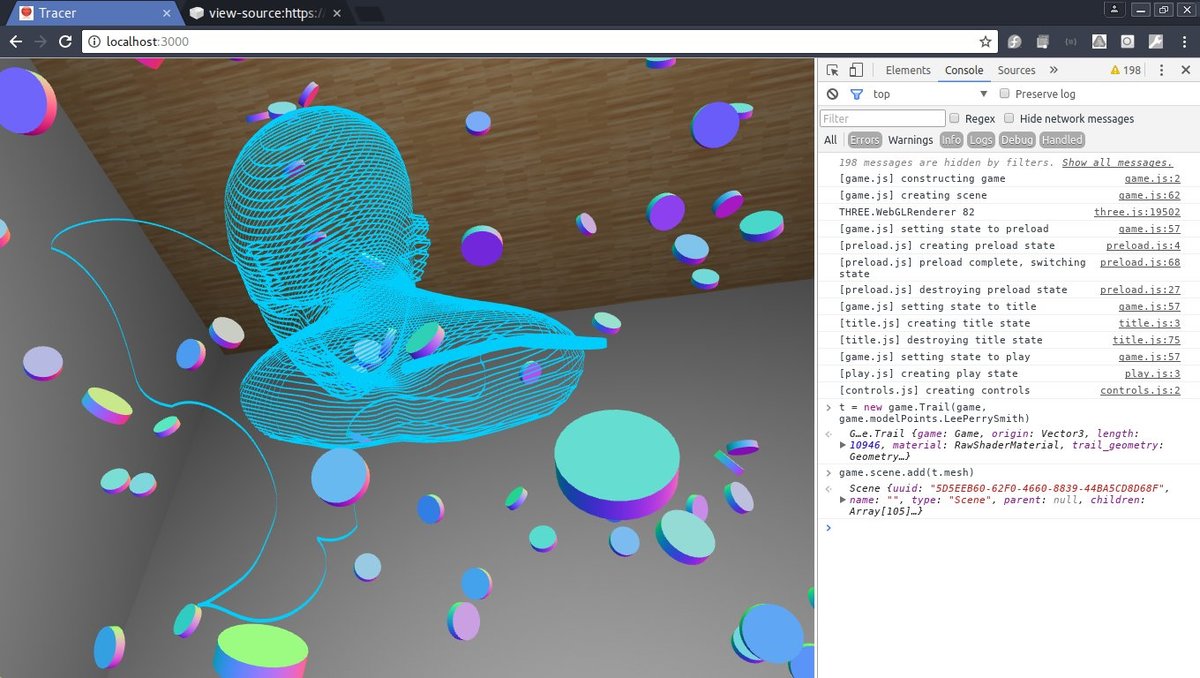 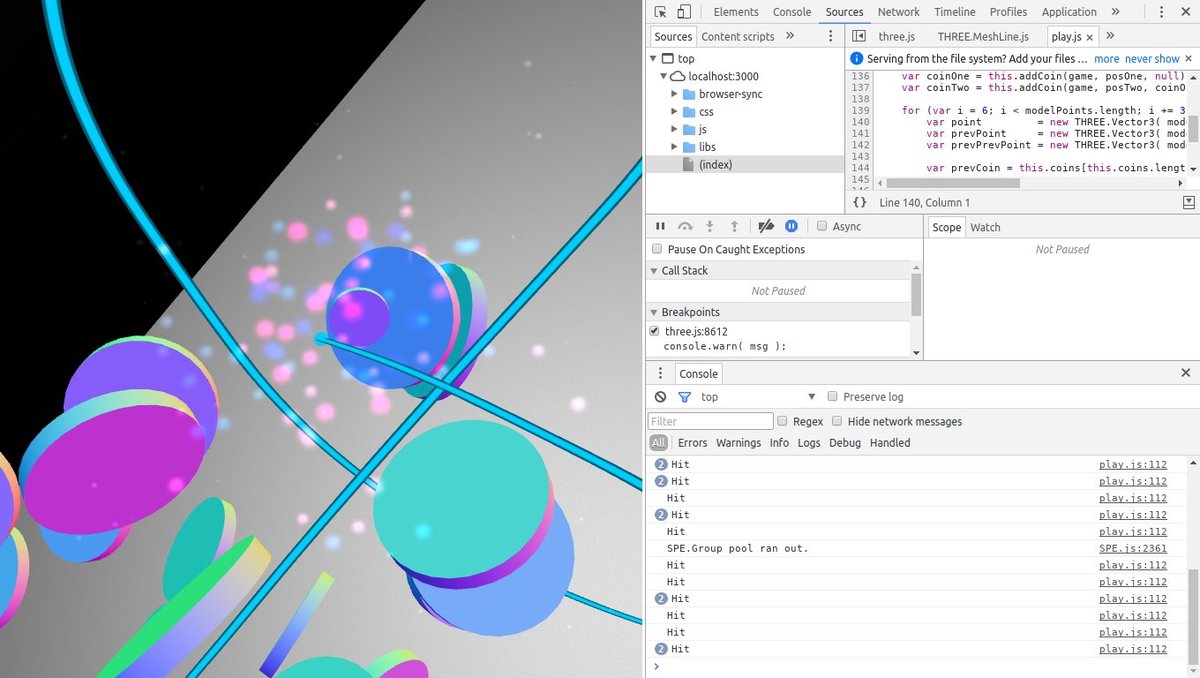 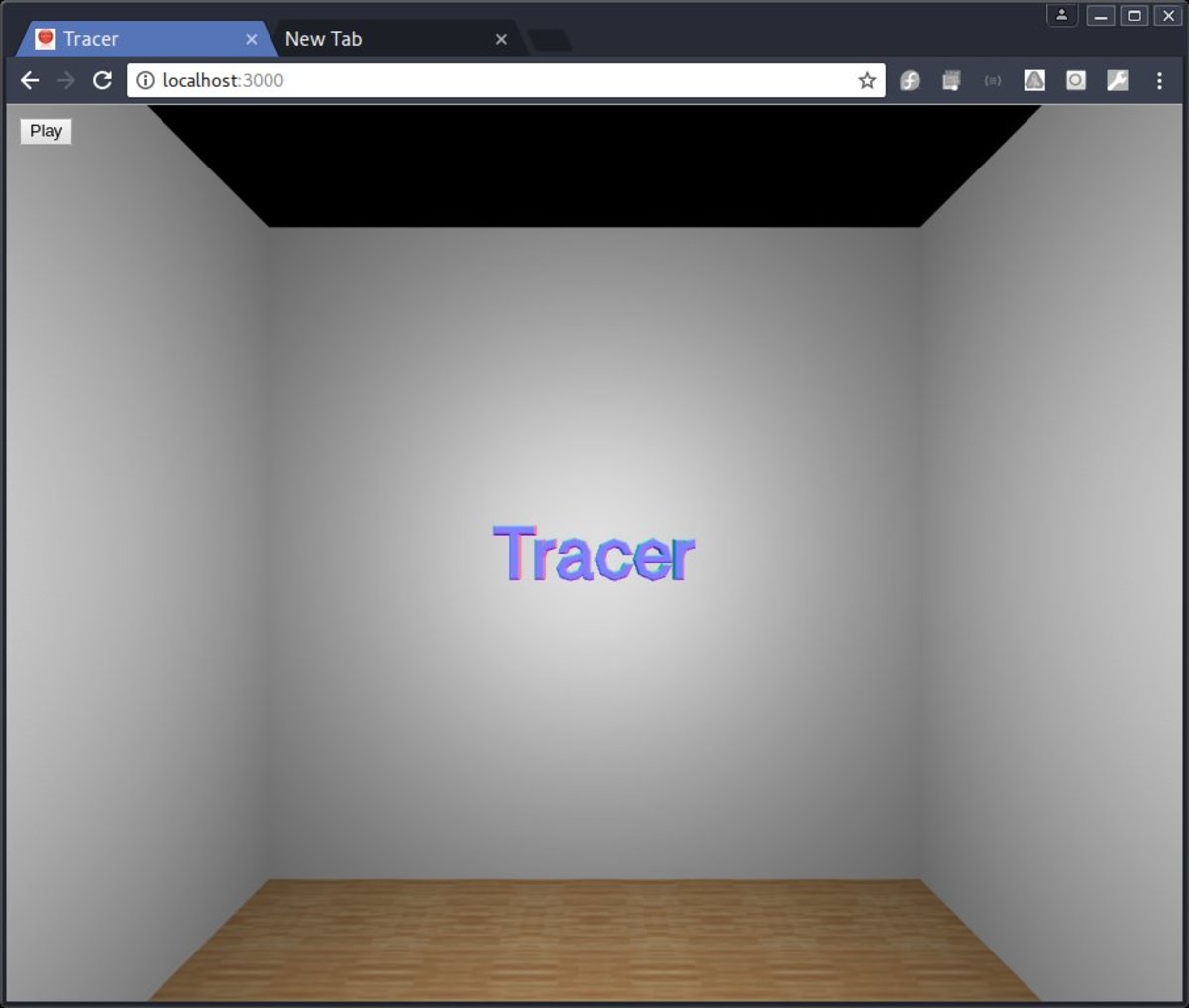